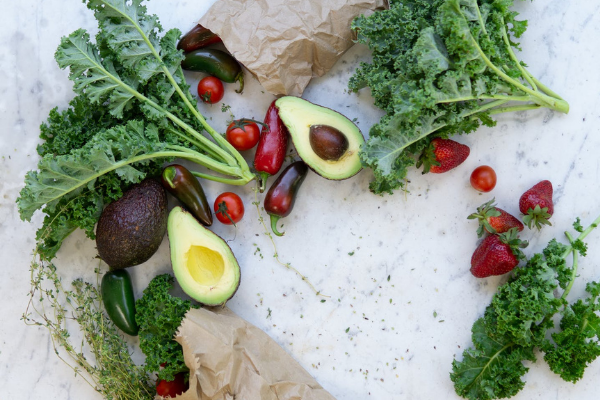 I like to think of organic produce as just “normal food”, it’s closer to how nature intended with less influence and intervention from man and convenience. It’s closer to what our ancestors would have been growing and eating hundreds of years ago.

The definition of organic food according to the Department for Agriculture and Rural Affairs (DEFRA) in the UK states: “Organic food is the product of a farming system which avoids the use of man-made fertilisers, pesticides; growth regulators and livestock feed additives. Irradiation and the use of genetically modified organisms (GMOs) or products produced from or by GMOs are generally prohibited by organic legislation.”

But an organic label doesn’t mean there is no pesticide use, pesticides are sometimes used as a last resort but it means they are not synthetic; they are natural, typically derived from plant and mineral sources.

But is organic food actually better for us?

A study undertaken by a team of experts at Newcastle University in 2015, and published in the British Journal of Nutrition concluded there are “statistically significant, meaningful” differences between organic and conventional fruit and vegetables, with a range of antioxidants “substantially higher” in organic produce – between 18% and 69%. The toxic heavy metal cadmium was also found to be substantially lower (on average 48%) on organic crops.  The evidence presented here is unequivocal – organic food is higher in antioxidants and lower in toxic metals and pesticides.

Antioxidants are vital for the natural detoxification processes in our bodies, and numerous studies have linked antioxidants to a reduced risk of chronic diseases, including cardiovascular and neurodegenerative diseases and even some cancers.

Organic food comes with a heftier price tag and the reason for this is due to the fact that organic farming requires more manual labour, organic farms are typically smaller and it takes longer to grow crops without the use of chemicals or growth hormones. And that’s not even considering the cost of the organic certification, which isn’t cheap for small farms. Considering this, it’s always a good idea to talk to your local butcher and the producers at your local farmers market as oftentimes they use organic practices but are not able to justify the cost of acquiring the certification.

The problem with the term “organic” is it has led some to believe that anything labelled organic must mean it’s good for you.  But this doesn’t always mean it’s a nutritious food.

The organic label simply tells us how the ingredients were grown, created or prepared. So organic cookies are still just cookies! And this is where the organic label can mislead some people to choosing organic “CRAP” or junk foods over real, whole, living foods. 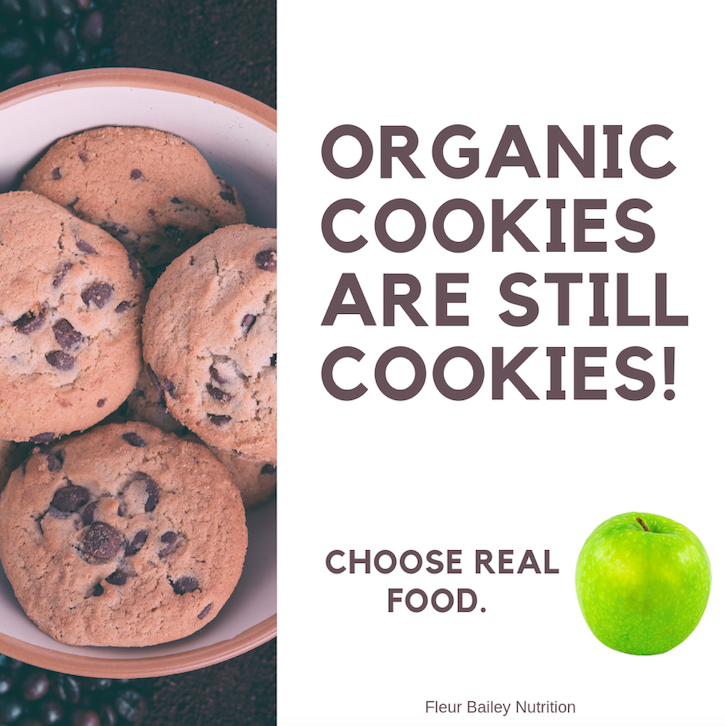 If you have the choice between a conventionally-grown, non-organic apple and a box of organic cookies, choose the apple!

If you don’t want to pay the extra for organic, remember that a diet rich in natural, living foods; fruit, vegetables and whole grains which you cook yourself at home, far outweighs the choice between an organic or non-organic microwave meal, or a box of organic cookies.